1. It can eliminate spherical aberration and greatly improve imaging quality

The Spherical Lens has the congenital defect of spherical aberration, which brings about the insurmountable flare phenomenon. Obviously, it will affect the image quality. With aspheric lenses, the light can be accurately projected at one point by refraction of the light through the higher-order curved surface.

2. It can improve the refractive index of the edge of the lens to light 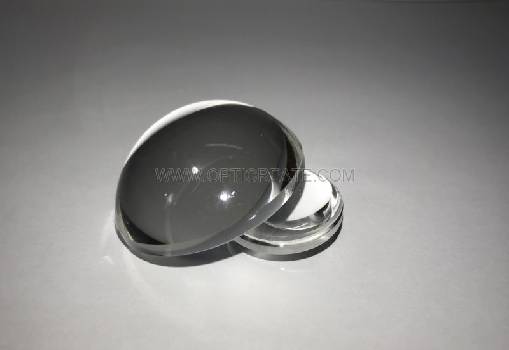 3. Simplify the optical structure of the lens and obtain a larger aperture

Since one aspherical lens can replace a set of spherical lenses, the optical structure of the Camera Lens is relatively simplified, so that it is easy to obtain a larger light aperture in the optical path and mechanical structure. In addition, because the aspheric lens can make the light from the edge part and the light from the central part pass through the lens and focus on the same plane, the surface of the entire lens can be used clearly and effectively, so that the entire lens can be correctly focused, which is relatively effective. The aperture diameter becomes larger.

4. Make the lens small in size, light in weight, and enhance light transmittance

As the effective aperture of the aspheric lens increases, more light can be projected onto the CCD photosensitive surface, which also increases the sensitivity. In addition, because one aspherical lens can replace several spherical lenses in a group, the size and weight of the camera lens are reduced, and the light passes through fewer lenses, so the light transmittance is greatly enhanced, and the image is also changed. Delicate and bright.

Although the aspheric lens has the above advantages, in addition to the precise calculation of the lens design, its processing technology requirements are also very high. For example, the physical properties of low-scatter aspheric lenses need to ensure the most precise processing accuracy during polishing and coating; the optical properties of the special optical resin of the formed aspheric layer also need to be guaranteed during the molding process. Management can achieve the best practical state.

Next: Composition of Infrared Lens