1. Optical compensation zoom system: when several groups of lenses are used for zooming and compensation in the zoom objective, the movement of each lens group is carried out at the same speed and the same speed, so only a simple mechanical structure is required to connect each lens group together Just do linear motion. Since the optical compensation zoom system cannot fully compensate the image plane displacement, the moving group must be moved to a few special positions in order to obtain a stable and clear image plane. Its focal length is difficult to achieve continuous change, but several discrete values, so its use is limited. . But it simplifies the mechanical structure, which is conducive to controlling the accuracy of the optical axis; and only a set of electromechanical control systems are used to achieve zooming and focusing, thereby reducing the cost and weight of the system, but the design is relatively difficult.

2. Mechanical compensation zoom system: refers to the relatively complicated corresponding movement of each movement component according to different movement rules, and finally achieves the purpose of preventing the image surface from moving. Mechanical compensation zoom lens: One group of lenses moves linearly to change the focal length, and the other group of lenses moves a little non-linearly to compensate for the displacement of the image plane, so as to achieve the requirements of the Optical System that the image plane position is stable while changing the magnification. The variable magnification group is generally a negative lens group, and the compensation group has a positive lens group or a negative lens group. The movement of the compensation lens group is different from the movement direction of the variable magnification lens group and the speed is not constant, but their relative movement has a strict corresponding relationship. Each lens group realizes relative movement through a complex cam mechanism. The focal length of this type of zoom lens changes continuously within a certain range.

1. Front fixed group: its function is to provide a fixed image to the system;

2. Zoom group: it is responsible for the zoom function of the system and moves linearly to change the focal length;

3. Compensation group: make non-linear motion according to a certain curve track to compensate the image surface movement produced by the zoom group during the zoom process; 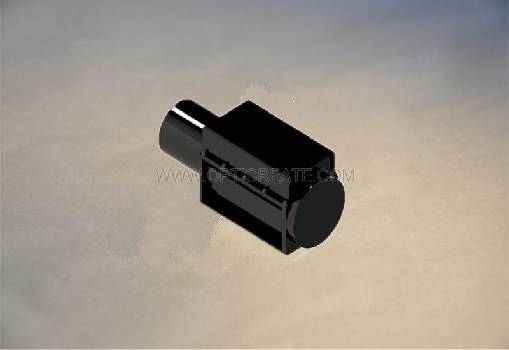 1. A combination mechanism of a smooth guide rail and a ball screw. This kind of structure has high precision. Due to the different trajectories of simultaneous movement of zooming and compensation, two sets of guiding drive mechanisms are required, occupying a large space, and designing the control system is also difficult.

2. Two cylindrical guide rail sliding mechanism. Since the sliding part is two cylindrical guide rails, this structure has high zoom accuracy and carries a larger load than the first one. However, due to the super positioning structure, the optical aperture is too large, which is prone to mechanism jamming, and the radial size of the mechanism is also large. Generally suitable for structures with a light aperture of 30-80 mm.

3. Three cylindrical guide rail sliding mechanism. The advantages of this structure are comfortable and stable movement, not easy to cause jamming, and can drive optical components with a larger aperture. The disadvantage is that the movement accuracy is lower than the previous two, and it is generally suitable for structures with a light aperture of 50-120mm.

3. Lead screw and nut for focusing.

Next: Which People are Suitable for Spherical Lenses and Aspheric Lenses