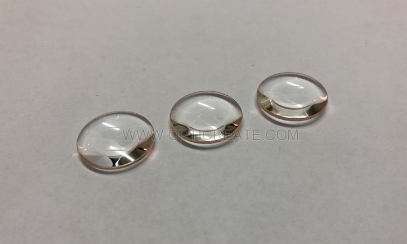 What is a convex lens?

A convex lens is a lens with a thin edge and a thick middle. One side of a convex lens must be convex, convex lens according to the other side is convex, plane, concave three cases are the double convex lens, flat-convex lens, convex-concave lens. In life, most of our common magnifying glasses are double convex lenses. Convex lenses have an aggregation effect on light. The straight line passing through the center of two aspects of the lens is called the main optical axis of the lens. The formula of convex lens imaging is, where is the object distance, is the image distance and is the focal length. Under different conditions of convex lens imaging classification, and handstand to reduce the real image, and handstand big realities, such as inverted magnified real image, not imaging, and state of amplification of virtual image theory of convex lens imaging belongs to the content of refraction in optical part, belong to often use the knowledge in the field of optical, in the field of optics, convex lens device is also widely used.

How does a convex lens work?

Parallel light (like the sun) parallel to the main optical axis (convex lens two spherical globe attachment referred to as the main axis of the lens) into the convex lens, the light on both sides of the lens after two refractions, focused on a point on the shaft, which is called the focus of the convex lens (mark for F, English for focal point), the convex lens in the mirror on each side of a real focus, such as thin lens, the two focal distance roughly equal to the center of the lens. The focal length of a convex lens is the distance from the focus to the center of the lens, usually expressed as f. The smaller the spherical radius of a convex lens, the shorter the focal length. A convex lens can be used for magnifying glass, glasses for presbyopia and hyperopia, camera, movie projector, slide projector, microscope, telescope lens, etc.

Previous: What is the difference between spherical and aspherical lenses?

Next: What is an Optical Aspheric Surface?