Many parents, when taking their children to wear glasses, have an unsure attitude when faced with the businessmen's saying that "Aspherical Lenses are advanced, flatter, thinner, more realistic, and more natural and comfortable." Aspheric lenses are really better, can they control myopia?

"I heard that spherical aberration has the same effect as peripheral myopia defocusing to a certain extent, so don't the aspherical aspheric lenses violate the peripheral defocus concept and will be detrimental to myopia control?" This may be troubled by many opticians One doubt of the author. The Spherical Lens Supplier will help us sort out this problem today! 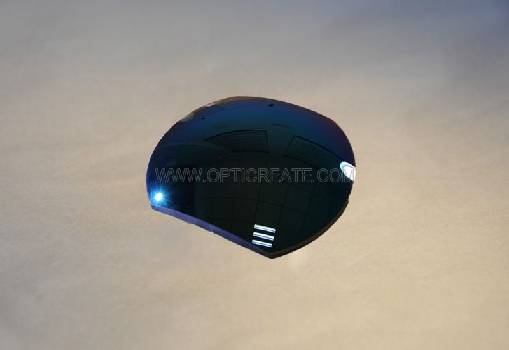 1. What is peripheral defocus?

First of all, let's understand what is the peripheral defocus. In an ideal state, external objects will be refractionated by the refractive system of the eye, and a composite image will be attached to the fundus. However, after wearing glasses or the axis of myopia, the actual situation is often that the center image is imaged on the retina, and the peripheral image is imaged behind the retina. Similar to the state of hyperopia, we call it "hyperopia peripheral defocus".

2. What is spherical aberration?

Parallel rays passing through a spherical refractive system (convex lens) will focus the rays on a point, which we call "focus", which is the commonly understood principle of lens imaging. But the actual situation is: the closer the spherical refractive system is to the periphery, the stronger the refractive power, and the weaker the refractive power closer to the center. This causes the actual "image point" to be not a point, but a region. The deviation between the actual image and the theoretical image point caused by the spherical lens is called "spherical aberration".

The concave lens has a divergence effect on parallel light. Also because of spherical aberration, the refractive power of the far-axis light is relatively strong, and the refractive power of the paraxial light is weak, which is a positive spherical aberration. Everyone think about it, wearing a spherical concave lens in front of myopic eyes, the peripheral divergence ability is stronger, the image is shifted backward, forming a similar "hyperopic peripheral defocus" effect.

I hope that the content that I sorted out today will be helpful to everyone. In addition, the company also provides infrared and Ultraviolet Lenses. Please feel free to contact us if you need it.

Next: The Benefits of Aspheric Lenses